Given the global pandemic, this article is being released early in an effort to raise awareness of a possible treatment option that may help to reduce the severity of covid19 symptoms and mortality rate. You can look for similar articles soon along with a copy of my new books as they become available.

While no cure or vaccine is available yet for the covid19 virus, there may be an answer to the severe risks of the disease and an option that allows the world to resume daily routine. This answer in short may be relatively simple, but often the simplest answer is correct.

While the resolution to the covid19 outbreak is simple, it is a bit more complex to explain. I could come right out with the answer, but most people (and especially those with political affiliation or medical licenses) would be quick to dismiss the information. So, please keep an open mind and read this to the end before making your assessment of legitimacy and I believe you will find truth in my logic.

So, let us start with what we know:

As I said, I am not a doctor, and it is important to point out that I cannot make any recommendation or provide medical advice without said license. As I may publicly release this article, I feel it is necessary to refer you to consult your doctor before you make any decision about the content of this article, as there are upper limits to my proposed treatment and overdose is possible with supplementation. This is why I am first attempting to submit my research to those with medical training to validate my theory.

Briefly, about myself, I study a wide range of topics that interest me, and I am passionate about. To be clear, I study the same books used by universities to teach the courses. Among these are nutrition, medicine, the endocrine system, anatomy and how the body works, cancer, diabetes, psychology, history of medicine, magnetics, electronics, engineering, and about anything else that catches my interest. This happens frequently as some fields of study overlap. I was typing my notes for a book that I am working on when I noticed correlations to the covid19 virus and began to come up with a possible treatment. I immediately began research to validate my idea and found a high probability of success that I believe needs to be properly validated in the medical industry. Most of the information has likely been collected already but may not have been looked at in this manner.

In my list above, I reference that is it presumed that viruses die out in the summer due to higher temperatures in the air and in turn the nasal passages. I say presumed because this is a false assumption. While breathing steam can help treat some symptoms of viruses like the flu, it certainly does not cure the disease, and the summer heat does not kill the viruses. This information is being cycled as a cure idea for covid19 and the flu virus by people who clearly don’t understand viruses, life cycles, or death.

To be clear, dead is dead! My dad died in ’03 and don’t come back each year to visit. If the summer heat killed off the virus, it would not come back again to visit. It would be dead and gone.

The life cycle of a virus is to invade a host, grow and reproduce cells and spread throughout the host’s system. As the invading virus multiplies, the host presents symptoms. The immune response of the host fights the virus killing off some virus cells and weakening them, and eventually killing the virus within them. As eventually, the host kills the virus within them, and the virus is dead, it is necessary for the virus to spread to a new host before it is completely destroyed. This pattern must continue throughout the summer heat or the virus would never come back to visit. So, people must still be getting the virus throughout the summer and spreading it. However, it would seem the symptoms are more mild and duration time is likely reduced or more people would notice the sickness and see a doctor for treatment. They would also realize the virus is not dead or dormant.

What is the factor that make symptoms more mild in the summer verses other parts of the year? The most prominent factors are that people are more active and involved in outdoor activities. Physical activity is good for improving immune response, but it falls in hand with sunshine from outdoor activities. I believe it is likely that the sunshine vitamin or vitamin D is responsible for the improved immune response and more mild symptoms associated with viral infections. The vitamin by itself may not be totally responsible, as the heat from sun exposure elevates the body temperature similar to the way the body fights invading viruses and bacteria. It may require both factors to make the symptoms mild. Perhaps a tanning bed?

What are the common factors and differences between northern to southern US locations and age ranges in relation to covid19 and its mortality rate?

However, even in southern regions, there is a demographic that are in exception to this standard. People who are inside all or most of the day do not get much exposure time to the sunlight. This is especially common in cities where people work in offices, infants to very young children who are covered when outside or not allowed to go out to play for very long, and the elderly who don’t get outside as often or for long intervals. These groups who are likely low in vitamin D are the highest risk groups for severe symptoms and high mortality rate.

To be clear, cities will always have higher exposure or cases due to the population density, and due to the number of office workers and areas where large groups gather. This factor is true in both north and south regions.

Children’s response or symptoms of covid19 tend to be mild and pass quickly. This may be as simple as less damage and stronger immune systems but is more likely a correlation to standard factors among children in the US. ( I am not sure if the statement about milder symptoms was generalized or based from a US standard/control group. ) Factors that are common among children is playing outside (generally with friends and for long periods of time) and (in the US ) drinking milk fortified with vitamin D.

The pattern I see emerging is that higher vitamin D levels and physical activities (especially outside in the sunlight) seem to help reduce the severity and duration of symptoms and reduce the mortality rate as the symptoms are less severe.

Vitamin D3 made in skin through cholesterol and sun exposure

Needed to use calcium for growth and repair of bone

Parathyroid is used to produce vitamin D in skin

Toxic vitamin D does not occur from skin

Disease may cause low levels, but supplements prevent mortality

Both excess and deficiency of vitamin D cause abnormal functioning and premature aging.

This vitamin is considered both a vitamin and a hormone

Toxic vitamin D  may cause --> low vitamin K levels ( or A) , treated with low calcium diet and corticosteroids.

There is direct correlation between vitamin D and risk of viral infections and the risk factors associated with higher mortality rate of covid19. These include cardiovascular diseases, diabetes, high blood pressure, weakened immune response, and respiratory problems.

Based on this information, it would be reasonable to more closely evaluate the possibility of vitamin D, sunlight exposure, and exercise or physical activity outside for a possible treatment to prevention of covid19, reduced severity, and reduced mortality rates in covid19 viral infections.

There don’t generally tend to be cures or effective vaccines for most viruses, but if we can reduce the severity of symptoms and the mortality rate of the covid19 virus, we may be able to resume daily activities without the threat of death looming over us just to get food for our families.

If you have questions or comments about this information, I can be reached by email at james.nech@gmail.com

Thank you for helping us expand this article directory with new useful articles to help those who may seek your wisdom and experience.

We provide a listing of articles. We are not responsible for any problems, damage, or any other liabilities that may occur through your use of these articles/services or the use of this site. 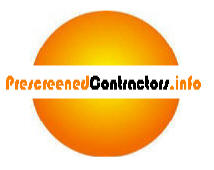